Cover Design, Part 3
The Dog of the North was conceived and executed as a fantasy more epic in scope than Dragonchaser.  I could easily have come up with a cover design which followed on from the earlier model (indeed, I used a Braun and Hogenberg map of Venice to work out the topography of Mettingloom, and one of Blois for Croad).
I felt for the new novel, though, that I should try for something closer to mainstream fantasy.  This time I ransacked iStockphoto for pictures of swords and castles that I could cannibalise.  A few images presented themselves:

None of these was quite satisfactory.  The first two didn't work in the practical sense of getting text on the page, however I cropped them; the third was a beautiful image, but not for this book; and the final one had the right elements but the woman did not correspond to my image of any of the characters.
I also found this one in my files--and with hindsight, prefer it to the one I finally chose: 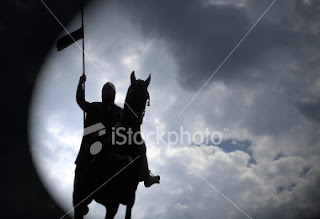 The image that I finally chose probably won out because it was easier to manipulate away from photo-realism: 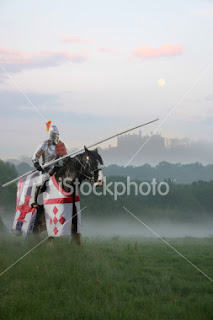 Although it is a photograph, it doesn't really look like one.  With some relatively straightforward image manipulation and overlaying wash of colour, I ended up with something which didn't seem too far away from the feel of the book: 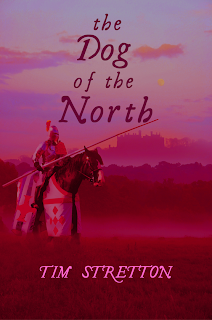 Which looks just fine until you see the job the professionals made of it when Macmillan New Writing picked it up...
Next: the Bellotto cover for The Last Free City.
at 11:53 am

Email ThisBlogThis!Share to TwitterShare to FacebookShare to Pinterest
Labels: Cover Design, The Dog of the North

When the book goes out of print, the rights again revert to me, so maybe we'll see that monochrome cover yet!