One of the things I always like about fantasy--and I acknowledge charges of nerdy geekishness here--is the maps. They can't redeem a bad book, but a fantasy map can be a thing of beauty. I'm sure most readers of The Lord of the Rings have pored over the iconic maps of Middle Earth at some time or other.

Creating maps can be a fine way of stimulating my imagination if I'm trying to think of a new story. They can act as a kind of Rorschach inkblot: the shapes, and particularly their inter-relationship, present all kinds of intriguing possibilities.

Take the two maps below, from a number I've dreamed up this week: 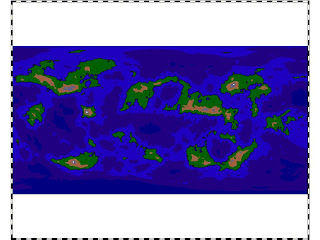 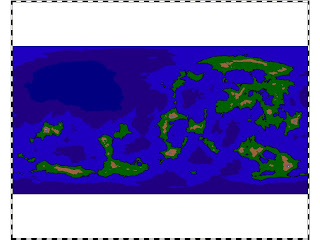 Each map presents a different set of possibilities. The first has many small land masses, peppered with even smaller islands. The inhabitants of these places might find their cultures more distinct from their neighbours because they present a series of discrete environments; and they would be less amenable to central control. This is a place of vibrant, individual cultures which would surely clash when they came into contact. Seafaring could form a major part of a story set here.

The second map has fewer, larger, landmasses. While there would no doubt be regional variations, it's easy to imagine a more homogeneous culture and a stronger, more authoritarian rule. The conflict inherent in such a place would be more likely to be internal: palace intrigues or dynastic struggles. There are also large internal lakes or seas on two of the islands; unusual topographical which again provide story-telling opportunities.

These maps, which exist in much more detail on my computer, are not in themselves stories: they contain neither plot nor character. But nonetheless they provide a hint of a framework (study the more detailed ones closely and you can work out where the cities might be).

There are stories in both of these places. Maybe one day I'll tell them.

Maps do seem to have some power, I can remember having a poster of middle earth on my wall for years....

Middle Earth is still the first and best for maps...

See Joe Abercrombie for the contrary view on why you don't need maps to write fantasy.

I enjoy the odd map scribble too, Tim, not that mine are as well-conceived as these.

I can't claim much credit, Neil. I use special, and idiot-proof, software...

The marvelous thing about the map of Middle Earth is the way it hinted at things that had only tangential relationship to the story. Like the smatterings of language and oblique historical references, if gave a sense of immense depth.

Of course, in Tolkein's case, that depth really existed, in that he had whole languages and histories developed as his own private obsession.

(I find real maps stimulating as well. As with dictionaries, picking up an atlas is a bad idea for me unless I have time to burn.)

Alizea's a great name: filed away for future reference!