A Pain in the Ass

::Acquired Taste doesn't normally do negative reviews. If I don't like a book, I normally draw a veil over it; there will be someone out there who likes it, and who's to say they're wrong? Nonetheless...

Glen Cook's The Black Company and Shadows Linger are not bad books. Indeed, the reason they irritated me so much is that they are nearly very good. The Black Company series follows the fortunes of a band of mercenaries over an extended period. The Company goes where the money is, fights hard, fights dirty when necessary, and tries to pick its way through a world of treachery and duplicity. Sounds good, no? The set-up is actually pretty good, and it's easy to see Cook's influence in subsequent better writers like Joe Abercrombie and George R.R. Martin.

Cook is good at the basics: plotting and characterisation are sound enough to engage and retain interest. He makes some narrative choices, however, that while not exactly wrong, are so grating as to pull the reader out of the moment. The worst of these is style of dialogue. The mercenaries all speak 20th century American argot, so Cook tries to have us believe we are in a medieval-textured world and then has characters say things like "pain in the ass" and "bite in the butt". It's a legitimate artistic choice to have your characters speak in a modern fashion in a period work, but it's very high risk. Cook is clearly trying to convey the earthy speech of rough soldier-men, but he sacrifices so much to achieve it that it's hard to see it as a sound bargain. (To the British reader, of course, "ass" and "butt" just add to the egregiousness: American readers would no doubt find "arse" or "bum" equally jarring).

Cook also has a tin ear where names are concerned. His cities have names like Beryl, Jewel, Juniper. Magical beings sport pseudonyms like Feather, Whisper and Soulcatcher. One of the Black Company is called "Raven", a cliche of the field deployed seemingly withour irony. Shadows Linger has a character with one of the most bathetic names in all fiction: Marron Shed (it's hard not to read this as Maroon Shed, which admittedly would be worse). Where is the music we find in Jack Vance: locations like Doun Darric, Ascolais, Poelitetz, Tyntzin Fyral, characters like Rogol Domedonfors, Shimrod, Faude Carfilhiot, Iucounu the Laughing Magician? Cook's naming choices, perhaps deliberately, are cloddish in comparison. 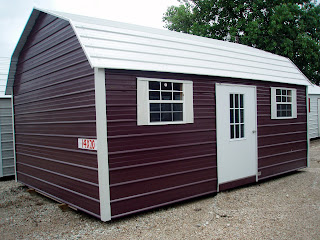 The books also vex by playing the Company's moral code both ways: dark-lite, as it were. The Black Company may be deep-dyed blackguards, but they have a core of decency. They don't change sides at the drop of a hat, like the medieval Free Companies on which they're clearly based, or Joe Abercrombie's Styrian mercenaries. Really they're just like John Wayne in the role he played a hundred times--rough and tough, coarse on the surface but big softies underneath. Nothing wrong with that in itself, but hard to integrate in a fictional world which you're trying to convince us is edgy and amoral. In one typical copout scene, the mercenary leader reluctantly sends one of his henchman back into an inn to kill witnesses who could betray the soldiers' whereabouts. Luckily the witnesses have cleared out, and the mercenaries are spared the blood of innocents on their hands. In a later episode, Maroon, sorry Marron, Shed, Cook's most nuanced character by far, is given a stock "redemptive death of the sidekick" moment which wholly undercuts the genuinely subtle portrayal until that point.

I'm sure Glen Cook neither needs nor desires my approval for his fiction. He sells a lot more books than I do, and plenty of good judges enjoy his work. But sorry, Glen, I'm off to read Donald E. Westlake with a spring in my step and not a backwards glance.
at 1:03 pm

"It's a legitimate artistic choice to have your characters speak in a modern fashion in a period work, but it's very high risk."

As to "bum," I don't think we'd object to the expression, and might even adopt it, were it not firmly and irrevocably harnessed in the American vocabulary to the meaning of "vagrant" or "tramp."

So much as say the word bum in these parts and the mind's eye pictures not a fine derriere, but Aqualung staggering out of an alley, "greasy fingers smearing shabby clothes."

It's also used in the sense of "wastrel," as in "ski bum," and as a verb for begging, as in "bum a cigarette," as an adjective for "malfuntioning," as in "a bum leg," or "unjust," as in "a bum rap," or simply extremely unpleasant, as in "a bum trip."

No matter that "bum" was employed for buttocks long before it was repurposed for any of the above. It's ruined for us, and there's nothing like the phrase "nice bum" to set off a confusing set of images in the American mind.