What Shall I Read?
I have a problem which I share with many writers: too much on the 'to read' pile. Indeed, I doubt that anyone who doesn't have that problem is really a writer at all. Reading is part of the nutrition which we all need to create the kind of links and cross-fertilisations that lead to satisfying fiction.

That said, my reading pile is worse than usual at the moment, something I blame in large measure on my fellow MNWer David Isaak, whose blog spews an endless stream of things which simply demand to be read. His current series on books about writing promises to continue the trend: Lawrence Block's Telling Lies for Fun and Profit was full of good sound practical advice, retailed in the style I call 'American Smartmouth'. A treat from start to finish.

So what's on my reading pile at the moment? I confine myself to books I have in the house, ready to pick up, and which I haven't yet read (re-reading is important too, but would make my current decision far too difficult. How could I justify not picking up Pride and Prejudice or Emphyrio once more?).

1812: Napoleon's Fatal March on Moscow
Alex Zamoyski
The title says it all. For anyone with even a glancing interest in 19th century history, this can only be a fascinating topic. Sometimes history books are let down by the prose, but Zamoyski's work has drawn many plaudits. Surely this will be good!

The Gentle Axe
R.N. Morris
Maintaining the 19th century Russian theme, MNW stalwart Roger Morris takes Porfiry Petrovich, the detective from Crime and Punishment, and gives him a new case to solve. I've not yet read any of Morris' work, but I'm looking forward to trying this one.

A Quiet Belief in Angels
R.J. Ellory
A 'Richard and Judy' choice, I picked it up on a 'buy one, get one free' offer with Regeneration (see below). It's set squarely in the 'literary thriller' genre which is very popular at the moment--and doesn't always work for me. Probably one for my summer holidays.

Regeneration
Pat Barker
I've been meaning to read this World War One story for years. Now I can. Penguin have had the excellent idea of returning to their classic cover design for certain of their books--and when the classic design is this good, why not? 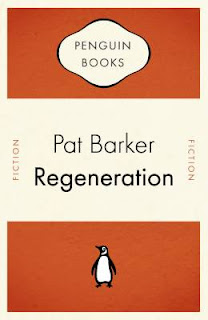 The only problem is, the cover doesn't look right on a new book. Orange Penguins should be smashed to buggery, like my copy of My Cousin Rachel.

How to Write Tales of Horror, Fantasy and Science Fiction
ed. J. Williamson
As recommended by MNW's other fantasist, Matt Curran. No more need be said, and my fingers twitch every time I see the volume. This one won't be on the pile for long.

Pesthouse
Jim Crace
This dystopian vision of a post-apocalyptic America was not just recommended but given to me by Will, my editor. Because Crace has a sigificant reputation as a mainstream writer, he can get away with writing fantasy and seeing it published by prestige imprint like Picador. I've not read Crace before and I'm looking forward to this one.

Lord of Light/The Amber Chronicles
Roger Zelazny
As recommended by David Isaak, these stories come from one of the premier stylists of SF's Golden Age. Somehow I've got to 40 without reading any of his longer fiction. This needs to change!

Morbo: The Story of Spanish Football
Phil Ball
Over the past fifteen years, football has finally acquired a literature to rival cricket's. David Winner's offbeat but revealing Brilliant Orange, a history of Dutch football, keeps company with David Foot's more straightforward but equally intelligent Italian chronicle Calcio. The best football books are about much more than football: the world's most popular sport is a revealing prism through which to write social history. In Spain, with the eternal rivalry between Real Madrid (once Franco's house team) and Barcelona, the focal point for Catalan nationalism, one can argue that football is the county's social history. Among the fiction I'd like to write one day--for now, at the bottom of the list--is a history of a fictional European country told through its football. If nothing else, the idea is original...

So, which of these should I read next? To deflate any possible narrative tension, I should say that I've already decided--but what would you read?

"How to..." is a great book to dip into - actually that's perhaps the best way to enjoy it, in tiny bites.

Roger's Taking Comfort was a great read, though I understand A Gentle Axe is very much a different book in terms of style and plotting.

Both A Gentle Axe and The Pesthouse are also on my pile, along with Cormac McCarthy's The Road and The Book Thief (and a fucking enourmous pile of research books). I just need the time to read them, especially as Light Reading will be added to the pile at the end of the month and there's another book coming out in July this year from an "outsanding new voice in fantasy fiction"...

I'd probably go for the Jim Crace as I read his Quarantine and thought it was simply brilliant, though I do want to have a look at some of Roger's books as I'm quite a crime fan. Whichever you've chosen, hope you enjoy it!

What a classy bunch you are.

My choice was indeed The Pesthouse--I read the first 40 pages or so last night. So far it's looking a good pick.

It probably would have been "How To..." if I hadn't just finished Lawrence Block: I like to mix and match the genres (unless it's a series and I get hooked on the first one).

Myself, I'm about to settle down with Testament. I've been saving it for a period where I don't have to read it in snippets.

I read more of Pesthouse last night. Crace's prose is beautiful. The story is unfolding in an oblique way; it's too soon to judge its success yet.

One thing I do like is that Crace doesn't feel the need to tell us how America ended up as a ruined shell in the novel--although there are some hints. As a reader, I feel confident that Crace will give me the information I need, at the right time.

Zelazny's Amber Chronicles had an enormous impact on me when I read the first series in my teens, although re-reading them a few years ago I was more cognizant of their shortcomings.

One of the interesting characteristics of fantasy and science fiction literature is that a book can succeed based almost purely on the cleverness of the ideas and concepts underlying it, even in the total absence of craftsmanship on the writer's part. Not to imply that Zelazny is not a skilled writer, but at some points, particularly in the middle of the second series of books, parts seem rather slapped-together, or at least under-edited. But the ideas of Amber, its royal family, and the trumps are incredibly powerful, and are the real stars of the books. Zelazny's conception of multiple dimensions is one of the most interestingly-realized I've seen. Certain parts of the saga may descend to the point of wading-through-it-just-to-find-out-what-happens, but on the whole I think it's very original and rewarding.

Interesting observation, Chuck. Part of the reason, I think, why SF/F is so roundly despised by the rest of the literary world is for precisely the quality you note: that the quality of the writing is subordinate to the ideas. This means that a lot of less polished prose finds its way into print in the genre--and indeed occupies a respected place at the table.

Much of the 50s 'Golden Age' SF is more notable for its invention than its presentation (Asimov's Foundation series, for instance, is pretty execrable by just about every literary measure). Those authors who can think and write, like Vance and Wolfe, find themselves tarnished by association.